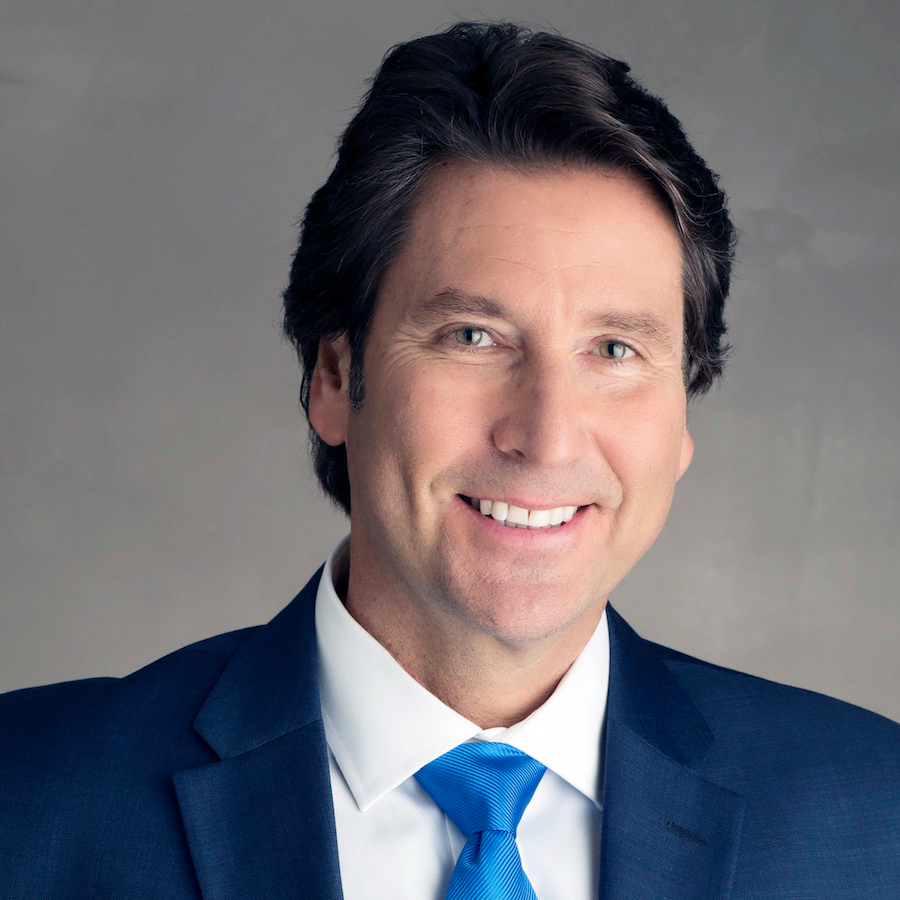 Chairman and Founder
The Mansfield Companies

His mission: To inspire hope, expand the health and well-being of each patient with head and neck/skull base disease, by providing personalized optimal care through integrated clinical practice, and research

Perry T. Mansfield MD, has focused his journey on excellence in patient care. He has been Chairman of four major Head and Neck surgery/Skull base surgery programs, Chaired CME accredited regional Head and Neck/Skull Base surgery rounds for two decades, presented and published numerous peer-reviewed articles, most recently on a series of 3754 continuous tumor cases, has directed International and National Fellowship training programs, was awarded the Canada Bravery award from the Queen of England, participated on the Business Advisory Council to the U.S. Congress, participated on 16 medical staff peer review committees, acted as Chief of Surgery twice and Chief of the Medical Staff,  holds several US and International patents, sits on several philanthropic and corporate boards, has co-founded a biotech company, co-founded SENTA Clinic, founded the largest full-service sleep lab in the region, and founded a healthcare and business management company that serves the southern California region in a wide array of healthcare and business practices.

Perry T. Mansfield, M.D., was born in Toronto, Canada, from an immigrant family that escaped the persecution of the Holocaust and then Communist Hungary.  His family worked tirelessly to better their lives to allow their son the opportunity to obtain a higher education. Mansfield obtained a medical school degree with honors and Dean’s List designation from the University of Toronto in 1987. He completed residency/research training, at the University of Toronto in Otolaryngology, Head and Neck Surgery in 1993, as well as Clinical and Research Fellowship in Plastic and Reconstructive surgery at the University of Toronto. As part of his training, he spent a year of General/Trauma Surgery in South Central Los Angeles at Harbor UCLA Medical Center and USC Medical Center. During his year in Los Angeles, he obtained a California medical license. He obtained board certifications in both Canada and the United States.  He has been a fellow of the Royal College of Physicians and Surgeons and a Diplomat of the American Board of Otolaryngology for nearly 3 decades.   While in Canada, he received the Canadian Humane Association; Canada Award of Bravery (from the Queen of England). “To recognize such deeds of heroism, by Canadians in civilian life…”.  and the Rakoczi Foundation distinguished honor of merit for preservation of Hungarian culture.

He moved to San Diego in 1993 and opened a small private surgical practice where he joined R. Stuart Weeks MD. His mother’s personal battle with stage 4 lung cancer and untimely death defined his career interest.  He worked to develop a focused tertiary referral head and neck cancer practice and within a few years was appointed the Program Medical Director of The Center for Skull Base Surgery a joint program between the University of California San Diego and Alvarado Hospital Medical Center.  He directed this program for several years creating one of the first dedicated multidisciplinary Skull Base programs in the country.  He worked on new intake and data tracking methods for patients with skull base diseases. His progressive approaches changed clinical outpatient and hospital data tracking of disease-specific metrics including length of stay and complication measures.

His continued quest to deliver optimal patient satisfaction and patient-centered care in the skull base led Dr. Mansfield to co-found SENTA Clinic. His mission: To inspire hope, expand the health and well-being of each patient with skull base disease, by providing personalized optimal care through integrated clinical practice, and research.

As Founding CEO in 2004 and current board member of SENTA Clinic, he worked with patients, business leaders, hospital administrators, healthcare regulatory attorneys, and politicians to help build and grow the various disciplines and ancillary services to support a regional referral skull base program.  SENTA Clinic has evolved into a digitally integrated healthcare model aggressively interacting with hospital data portals, insurance, and government agencies to assure best practice methods, with an emphasis on cost and complication optimization, and length of stay minimization. Dr. Mansfield is the Director of Head and Neck Oncology and Skull base surgery and Fellowship Director at SENTA Clinic. His role as a head and neck surgeon focuses on disorders of the skull base specializing in major open and endoscopic tumor ablation and reconstructive approaches.

He has published extensively and recently was on the scientific committee and organizing committee of the North American Skull Base Society International meeting attended by over 800 International neurosurgeons, head and neck surgeons, plastic surgeons, and skull base surgeons. In addition, he presented expert didactic lectures in Open skull base surgery and reconstruction, Sino-nasal Melanoma, Economic impact of skull base surgery, Invasive fungal infections in the skull base.  Recent publications include: (1) Evaluating the Clinical, Medicolegal, and Economic Impact of Continuous Tracking of Multidisciplinary Skull Base Conference Disease and Patient Metrics. (2) Identifying and Evaluating the Impact and Implications of Collaborative Multidisciplinary Care in Skull Base Treatment: Retrospective Analysis and Literary review- 3224 total cases. (3) The Evolving Role of Immunotherapy in Late-Stage Sino nasal Melanoma. (1) 12-Year Retrospective Analysis of 2,993 Consecutive Skull Base cases. (4) Effect of Continuous Left Ventricular Assist Device Blood Flow in a Free Flap. He contributed to a textbook with his International Fellow, Dr. Hector Prado: Practice of Otolaryngology, Head and Neck Surgery.

Dr. Mansfield was elected by over 600 physicians to become Chief of Staff, and Chief of Surgery of Alvarado Hospital Medical Center, a 306-bed acute care hospital adjacent to San Diego State University. In addition to the duties of Chief of Staff, he focused on data tracking methods to educate and standardize physician-patient care delivery as well as the implementation of the national “Patient Safety and Quality Improvement act” of 2005. He participated in a Judicial Review process.

Dr. Mansfield became the Medical Director of Head and Neck Services at Sharp Memorial Hospital in 2014. Sharp HealthCare includes four acute-care hospitals, two affiliated medical groups, and a health plan. Sharp operates 2,100 beds, has approximately 2,600 physicians on medical staff, more than 1,000 physicians in affiliated medical groups, and more than 16,000 employees. Dr. Mansfield has worked on implementing best practice methods, standardized nursing protocols, ongoing nursing educational sessions, and skull base training. He has worked to develop a prospective method of multidisciplinary patient care with data tracking metrics to assure optimal acute and long-term care disease management. He was involved in a national campaign to raise awareness of head and neck cancer and participated as the lead surgeon for a Sharp experience show that has aired nationally.  https://www.perrymansfieldmd.com/vids/dental-chair-to-the-surgical-suite.aspxeo

Dr. Mansfield has served as Chairman of the Steven Prewitt Skull Base Disease Foundation since its inception in 2005. The Prewitt Foundation is a private charity focusing on the education, treatment, and cure of skull base disease. He founded and developed the largest full-service sleep diagnostic facility in the region that was voted among the top sleep labs in the state providing services for many of our region’s top healthcare systems such as Kaiser, and UCSD, www.amersleepsd.com. He founded MSAI Inc, www.msaisd.com, a healthcare and business management company with full-service expertise in healthcare, real estate, and automotive industries.  He co-founded Powell Mansfield, a biotechnology company focused on neurodiagnostics that holds many national and international patents.

Dr. Mansfield has been repeatedly selected by US News and World Report, Castle-Connelly, Consumer Research Council, Doctors Across America, and San Diego Magazine by his peers as a top-rated Head and Neck surgeon nationally. He has repeatedly been named to these lists each year for nearly two decades.

He has participated on numerous corporate and philanthropic boards including the USO – San Diego, the San Diego Air and Space Museum, the Polinsky Child Abuse Center. He is the Chairman of the Steven Prewitt Skull Base Disease Foundation

Dr. Mansfield’s future clinical directions include the creation of a Hospital-based Center of Excellence Program in Head and Neck Oncology, evolving disease-specific care delivery integrated pathways, refine disease-specific data portals to optimize resources for care delivery, and the creation of contracted disease-specific treatment with insurers, government, and private industry. His research direction is currently focused on the evolution of technology, IRB protocols, and data analysis of novel patented technology.

Mansfield maintains staff privileges at Scripps Memorial Hospital, Sharp Memorial Hospital, and Sharp Grossmont Hospital. He has maintained the highest standing in all the hospitals at which he holds privileges and has extensive peer review experience on various medical staffs, serving on over 15 peer review committees. His passion is family, friendships, and collecting and restoring vintage automobiles. His love of the automobile led to founding Precious Metals Fine Motorcars of San Diego, an Internationally renowned commercial dealership, collecting, selling, and restoring some of the world’s most important automobiles, www.pmautos.com.